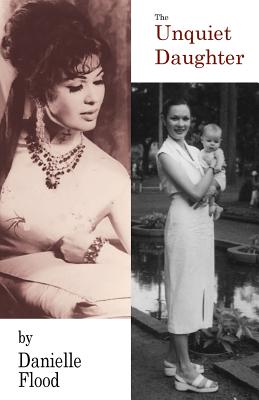 By Danielle Flood
$19.95
Email or call for price

Danielle Flood, a journalist born of the wartime love triangle that inspired the one in Graham Greene's The Quiet American, searches for her father after surviving a bizarre youth of privilege, estrangement and cruelty. As she yearns for her father's love and presence, Danielle's beautiful French and Vietnamese mother leaves her in burlesque house dressing rooms in the American Midwest, in convent schools in Long Island and Dublin, and with strangers in New York City. Meanwhile she lies to Danielle about their past for decades in this sometime-humorous near-tragic love story between a daughter and a mother and more. In the end we learn if Flood's journey through the truth of what happened between her parents in early 1950's Saigon satisfies her life-long quest for who she is.

"Holy Moly, Mother of God...It's a knockout...Ferociously honest and gorgeously written, Flood's memoir is a fiercely tragic story of her search for her real father, her knotted relationship with her complicated mother-and her hard-won understanding of herself. About memory, love, loss and time, Flood's engrossing debut shines like mica and is as polished as platinum." - Caroline Leavitt, The New York Times bestselling author.

"The similarities in The Unquiet Daughter between Flood's parents' lives and the plot of Graham Greene's The Quiet American "are tantalizingly close, far too close to be coincidental; as Flood writes in the Prologue: 'I came from a love triangle much like the one Greene describes in his novel. I am the sequel he never wrote.'...As sequels go, Danielle Flood's life story could easily be a Graham Greene novel, full of dark twists and turns, betrayals, heartbreak and the saddest of all forms of unrequited love...moving and at times imbued with humour...the tension is all too believable, but so is the joy...forgiveness and healing are at the heart of the story and the author's ability to forgive is almost as powerful as the complex plot itself." - The Catholic World Report

"The Unquiet Daughter by Danielle Flood is the true story of an exceptional woman. It takes the reader on an amazing journey. Exotic, mysterious, exciting, and romantic.Bravo Danielle Flood. It's a classic." - Oscar-nominated actor Elliott Gould

"In Danielle Flood's clear eyed memoir of her early life with her exquisitely beautiful and deeply troubled mother, this truth echoes: the fact that a child could survive such emotional devastation and cruelty is a testament to her resilience and her valiant spirit." - Leslie Daniels, author, Cleaning Nabokov's House

"...a compelling, poetic account of self-doubt, self-discovery and the power of love." - Fordham Magazine

"Passionate and unflinchingly honest, this is a fascinating memoir...Danielle Flood is the child of an affair so much like the one described in the love triangle of Greene's novel, The Quiet American, that she is perfectly right to make her startling claim, 'I am a sequel he never wrote." --Michael Shelden, author, Graham Greene The Enemy Within.