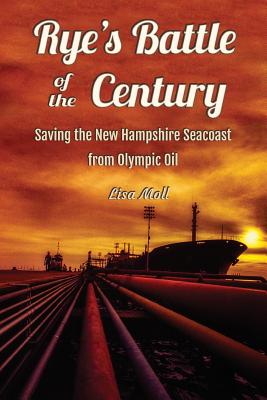 This book was inspired by town of Rye resident Lisa Moll's University of New Hampshire research paper entitled "Rye's Ode to Olympic Oil," which demonstrated the crucial role Rye played in stopping Olympic Oil's 1974 effort to build the largest oil refinery in the world on Great Bay in Durham, New Hampshire. Rye blocked the Olympic effort to secure a marine terminal on the New Hampshire Isles of Shoals to receive crude oil and the pipelines needed to transport oil for refining inland. Lisa's paper, part of which was researched at the Rye, New Hampshire, Town Museum, also provides a full overview of the role of Durham, New Hampshire and other seacoast NH towns in the defeat of the refinery. The Rye Historical Society (RHS) is grateful to all the people who fought tirelessly to save the coastline of New Hampshire from exploitation. Particular thanks is given to the late Guy Chichester of Rye who fought the proposal tirelessly and donated his collection of material to the Town museum, and to Jessie Herlihy, founder of the Rye Historical Society in 1976, who held anti-refinery meetings in her home in 1973-74. Also key in the battle to save the NH Seacoast was Phyllis Bennett, publisher of the start-up community newspaper, Publick Occurrences, which broke the story that Olympic Oil was planning an oil refinery complex for the Seacoast of New Hampshire. Phyllis led a relentless effort to inform and connect the Seacoast community with facts, and bring the truth of the proposed oil refinery complex out of the shadows of the governor's office and into the light for all to see. This was at a time when NH's largest newspaper, The Manchester Union Leader, and the then governor of New Hampshire, Meldrim Thomson, siding with Aristotle Onassis, were all championing and supporting the building of the oil refinery. On the fortieth anniversary of the oil refinery defeat in 2014, Dudley Dudley, who helped spearhead the defeat of the proposal in Durham and in the New Hampshire legislature, gave a talk in Rye. Peter Horne, one of the key Rye activists against the refinery, spoke about his role in the defeat. Peter's reflections are included in this book, along with other Rye activists. We are forever grateful to the two elderly sisters, Bernice Remick and Frances Tucker, who refused repeated exhorbitant offers to sell their 42-acre farm to Olympic Oil. Their farm on Brackett Rd. in Rye was directly in the path of the proposed pipeline, and in their refusal to sell, the entire Oil Refinery deal came to a halt. Later, the sisters sold their land to Rye Conservation Commission for a mere $12,000. This essay is dedicated to all the people who had the passion and courage to protect and preserve the Seacoast community for future generations. They took on the mighty and the powerful in the "battle of the century.

Lisa Moll is a graduate student at the University of New Hampshire pursuing a Master of Arts degree in liberal studies. She lives in Rye, New Hampshire, with her husband and twin daughters.